Location and historical note
The apartment is located inside one of the historic buildings that surround Piazza del Campo, considered one of the most beautiful squares in the world and world heritage of humanity (UNESCO) Palazzo Accarigi, a noble palace that belonged to one of the most important medieval families of Siena, the Accarigi.
The Accarigi were part of the Great of Siena and the oligarchic Government of the IX (1278-1355), formed by the wealthiest families of the city, who was in charge during the maximum splendor of Siena in the Middle Ages, when Siena was - in spite of Florence - the main city in Tuscany.
The Accarigi were part of the Sienese Guelph and Sienese aristocracy since 1753.
Palazzo Accarigi (14th century), also known as Crocini, is a Palazzo-Torre, built in the medieval Piazza del Campo.
The Palace is located between Costarella dei Barbieri and Via Di Città and is an integral part of the Torre called Segovia delle Seghinelle (13th century), Torre of which until 1305 was owned by the nobleman Sir Musciatto De Franzesi, banker and personal adviser to the king French Philip IV, of Pope Boniface VIII and of Charles II of Naples, (Charles of Anjou, called the Zoppo). Musciatto is a character in the first novel of the Decamerone, the masterpiece of Giovanni Boccaccio (1313- 1375).
The entrance is in via di Città, since the Middle Ages the most elegant street of Siena and where are the most important historical buildings.
The Palace is bound by the Superintendency of Fine Arts.

Description of the apartment
The apartment, completely renovated and refurbished (2014), is 40 square meters large, with a bedroom, a living room with an open plan kitchen equipped with a toaster, coffee machine, coffee machine, kettle, nespresso ( for the waffles) and a bathroom. The oak parquet flooring, laid recently, crosses the whole apartment.
Both rooms have a large window overlooking Piazza del Campo, on the move (the most important point of the Palio: the departure and arrival of the districts).
From the windows of both windows you can enjoy the view of the entire Piazza del Campo, as well as the evocative one of the Torre del Mangia.
The apartment has undergone a long restoration that involved the collaboration of the best local experts, of various arts and crafts (restoration, painting, decoration, upholstery, antiques, etc.), all specialized in the recovery of ancient environments.
During the works ancient paintings were found, carefully brought to light. The paintings are found throughout the apartment: both in the ceilings and in the walls. Particularly suggestive are the grotesque: cupid riding a winged horse, dragons buttafuoco and other suggestive anthropomorphic figures that represent fantastic animals.
The lighting in the living room has been studied ad hoc in order to better enhance the ancient and original paintings on the ceiling. This, in fact, is of the latest generation, and has the LED hidden above the plaster, which in turn surrounds the entire room.
The living room consists of a TV area and an open-space kitchen. The furniture is antique, the upholstery, stitched in 2014, is precious (silk for the upholstery of the 'Luigi Filippo' sofa, linen for draping the window and for the upholstery of the chairs). The tv is located in the living room.
The open-plan kitchen (new), in solid oak, has an open hood and features a modern induction hob, an oven and a mini-bar with a small freezer, and is equipped with everything you need. The walls are in Rapolano stone.
The bedroom has a double bed (160x200) crowned by an ancient semi-canopy surrounded by noble coats of arms of Sienese families; internally it has a painting with the coat of arms of San Bernardino da Siena (the same emblem is located in the Palazzo Pubblico of Piazza del Campo). The upholstery is precious: silk for the canopy and for the bedspread, damask for the curtains. Two ancient capitals act as a chest of drawers with the two antique lamps that complete the lighting. The antique wardrobe was hand-lacquered by a professional decorator. The mattress (new), 28 centimeters high, 160 wide, 2 meters long, is ergonomic and self-modeling. The staves (new) are in beech wood with regulators of rigidity in the lumbar part.
The windows, in both rooms, were replaced in 2014 with new solid wood windows with the best latest generation noise-free glass.
The bathroom is made with the best local materials. It is entirely covered in travertine and botticino worked in the Sienese area; also the sink and the piece of furniture where it rests, are in travertine. The bathroom fixtures are from the Simas London series. The shower is in crystal with a modern shower head. The grotesques are painted in the ceiling.
All the doors have been restored and repainted by hand.

Services
A safe is available free of charge. A hairdryer.
The wi-fi internet connection is available free of charge to customers.
At the moment it has not been possible to install the air conditioning because no agreement has yet been reached with the Superintendency of Fine Arts.
The apartment is on the second floor (there is no elevator and there are 46 steps).
As the historic center is UNESCO heritage, to protect the area did not make it accessible to traffic. The building, therefore, is located in a limited traffic zone (ZTL), so the car can not enter, but with a taxi you can reach the building.
The building is very close, if not near, to all the most important tourist attractions and services of the city (museums, palaces, churches, etc.). Everything is within reach and in a few seconds you can reach the best restaurants, bars, shops, bookshops, hairdressers, beauty centers, western-union, banks, perfumeries, typical Tuscan shops, taxi stop, etc. 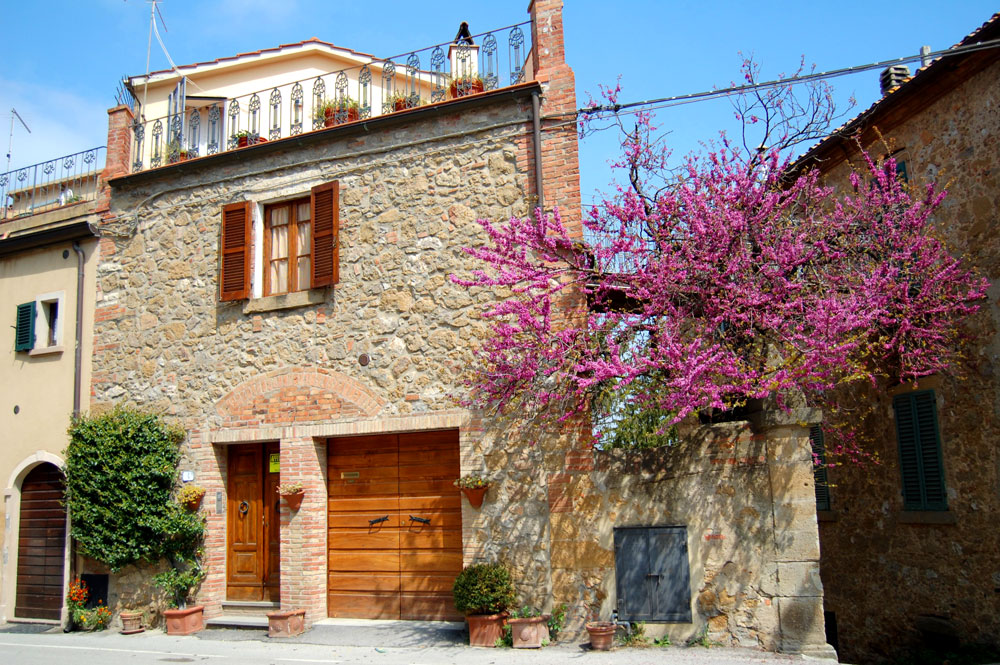 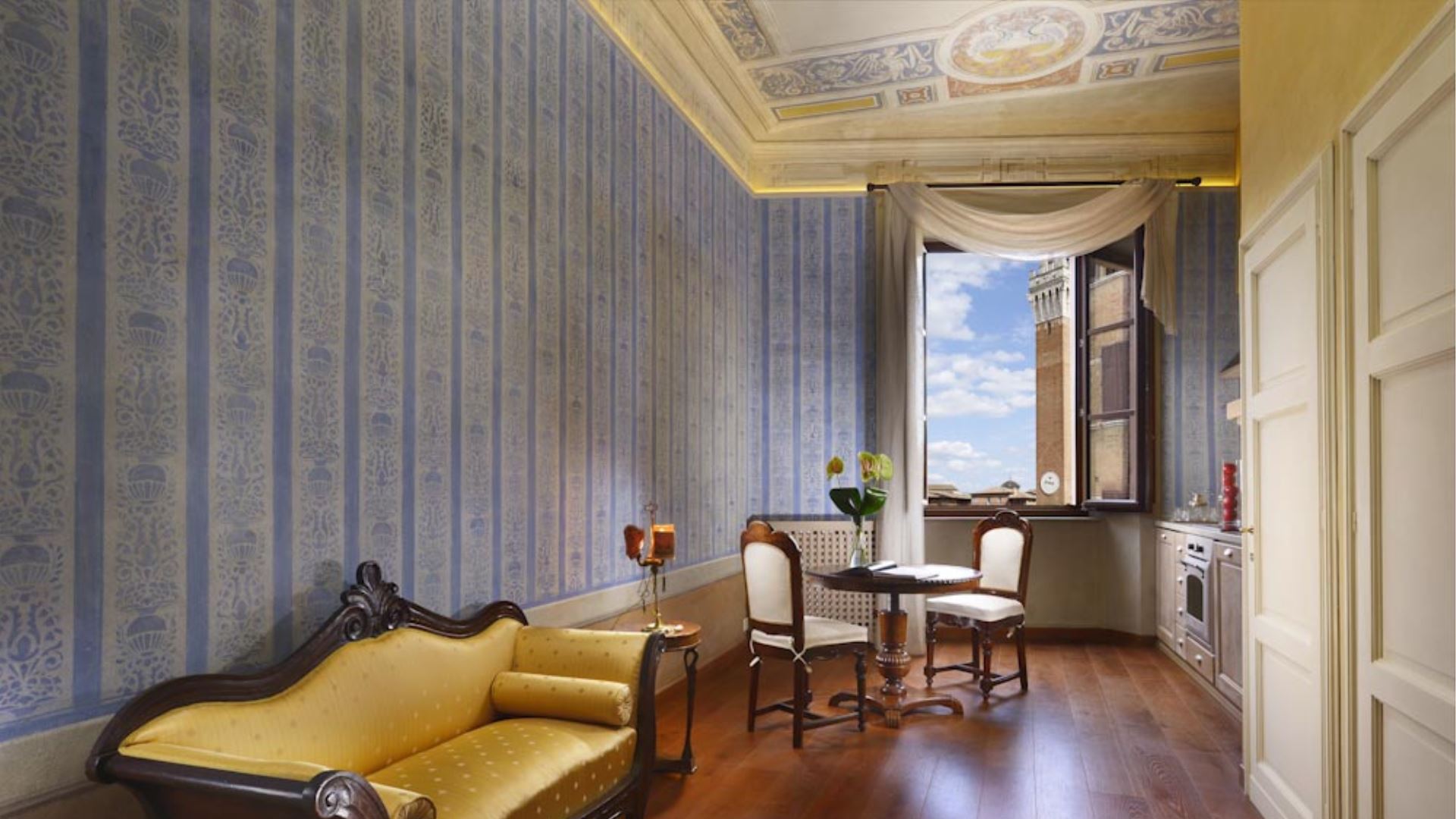