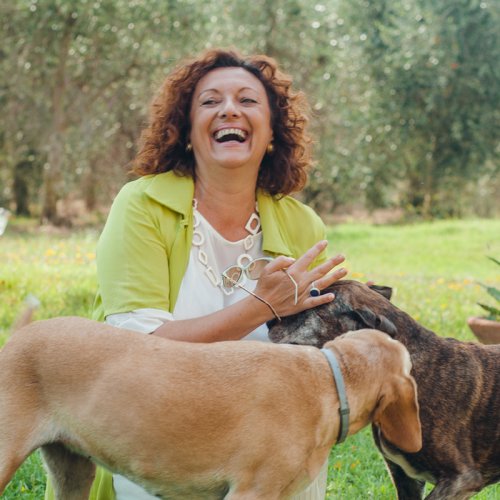 It all began in the Middle Ages and on a road, the Via Francigena. The road never passed directly through Montalcino but through Torrenieri, immediately downhill from the hill where the village stands. But the particularly significant passage occurred in the 13th century, when Montalcino obtained the privilege of being a free port.

Montalcino soon discovered that travellers, but also illustrious travellers, merchants, popes and emperors passing through its territory particularly liked the wines produced there, and a flourishing trade developed.

The Via Francigena was the main longitudinal route linking the north and south of Italy as early as the Middle Ages. It was the road leading to Rome and on to the Holy Land, leading to the centre of Christianity, a place where everyone who played an important role had to pass through sooner or later.

From Charlemagne onwards, every emperor of the Holy Roman Empire has passed through these lands: monarchs, nobles, popes, cardinals and people from all walks of life have travelled this extraordinary road, which some have rightly called the first tangible sign of a united Europe ante litteram.

And if it is true that it is the demand that creates the product, with the presence of the best crème of the courts of Europe, people used to rather refined wines, Moscadello was born. It was only in the 17th century that this first product was progressively replaced by a great pure Sangiovese aged for four or five years in casks, the Brunello. 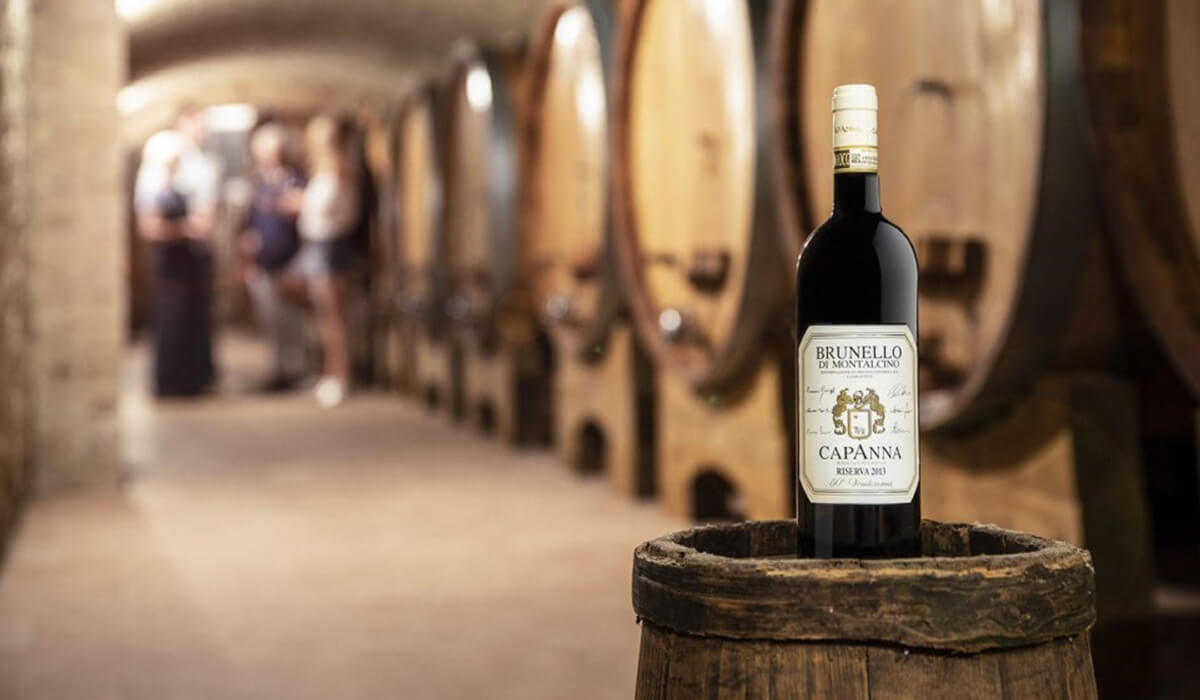 From Montalcino to the court of England

The court of England imported Montalcino wines for the royal table, as is clear from a mid-seventeenth-century correspondence preserved in the archives. A travel diary of Count Pieri from 1790 describes exactly the name, ampelographic composition and details of the years of ageing.
From the first decades of the 19th century, the Padelletti family is said to have sold bottles of Brunello with labels already printed in the printing press, and in 1875 the Ampelographic Commission of the Province of Siena drew up the oldest official chemical-tasting analysis of a Brunello that has come down to us. It was a Castelgiocondo from 1843, a 32-year-old ruby red wine with 14.2 percent alcohol, 5.1 percent total acidity and 23.28 percent dry extract.

But it was in 1869 that Clemente Santi was awarded a silver medal at the Comizio Agrario del Circondario di Montepulciano for a Brunello from 1865. In 1870 Tito Costanti took part in the Provincial Exhibition of Siena with a Brunello from 1865 and in 1874 the Fattoria dei Barbi was awarded a silver medal by the Ministry of Agriculture, the first national prize for a wine from Montalcino.
In 1873, Gabriel Rosa wrote that the greatest and most singular pride of the territory of Siena is its wine. The wines of Brolio, Montepulciano, Montalcino and Sinalunga were, at the time, undoubtedly the best in Italy.
Of particular note are the 45 medals won throughout Europe by Paccagnini, those won by Santi for a Brunello 1867, by Galassi for a Brunello 1868, Anghirelli for a Brunello 1869 and then awards won by Carlo Padelletti, Ferruccio Biondi Santi, the Biondi brothers of Castiglion del Bosco, Francesco Galassi, Riccardo Paccagnini, the Nozzoli brothers and Ersilia Caetani Lovatelli.

During this period the agronomists of Montalcino carried out fundamental research on Sangiovese, ranging from the clonal selections of the Biondi Santi to Paccagnini's Brunello vinification manual. In 1900 Montalcino was the third largest city in southern Tuscany after Siena and Arezzo, a lively centre of agro-alimentary trade that had Brunello as its leading product, already famous in Italy and beyond. 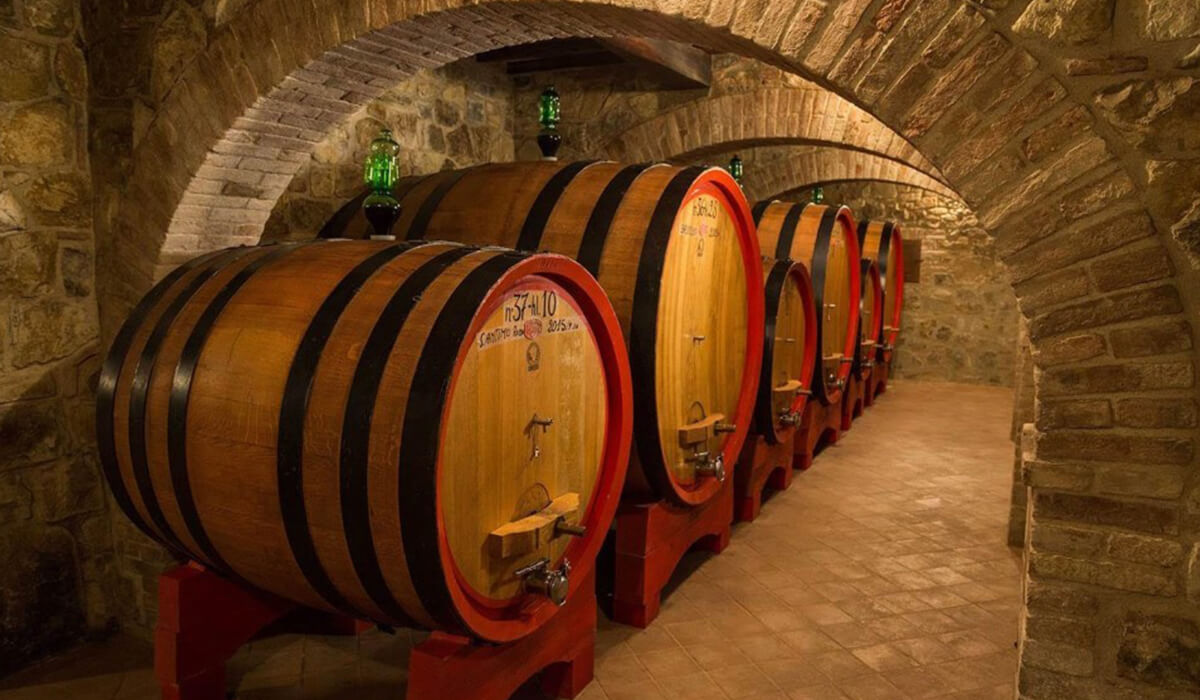 But it was in the first half of the twentieth century that Montalcino further evolved. Few people perhaps know that it was there that ideas of production and market strategy were developed that were at the basis of the modern marketing and vinification of Italian quality wine. In 1931, Fattoria dei Barbi began selling Brunello by mail order, with a letter sent to all the lawyers and doctors in Italy. In the same years, Biondi Santi began to send bottles of Brunello to the USA and various foreign countries.
An old photo of the first lorry loaded with bottles of Brunello bound for America is significant, as is the innovative 0.100-litre bottle in shockproof packaging for sending samples.

In 1933, ten Montalcino companies took part in the first Mostra Mercato dei Vini Tipici d'Italia in Siena and declared a total production of 4,850 hectolitres, equal to 650,000 bottles. These ten wineries accounted for about one fifth of the surface area of the Montalcino wine-growing area, and consequently also of the production.

In 1937 the Podestà Giovanni Colombini inaugurated Italy's first Public Wine Shop in the restored Fortezza, which, by regulation, could only sell packaged local agricultural products; typicality, zero kilometre, the use of culture and monuments to enhance the value of local products really seem to be very up-to-date concepts.
In 1950, Fattoria dei Barbi built the first wine cellar in Italy to be opened and equipped for tasting and selling bottled wine to the public. All this seems totally normal today, but in Montalcino all this was conceived and realised over half a century earlier than in the rest of Italy. In 1960 Brunello di Montalcino was the first wine in Italy to be awarded DOC status, and in 1980 it was awarded DOCG status. 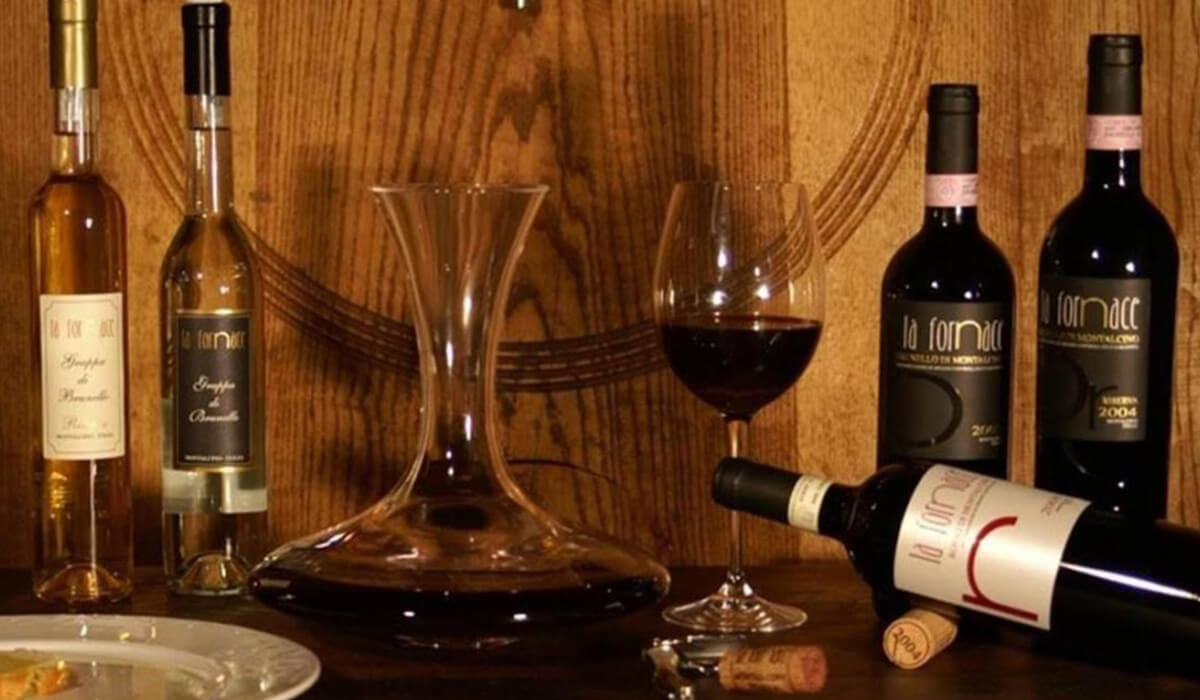 But in 1964 two traumatic events altered much of what had been created with commitment. The first was the exodus from the countryside to the cities in the face of the abolition of sharecropping contracts, and only a few wine-producing companies, already greatly impoverished by the world war, were able to find the resources to reconvert. When they did manage to do so, they were forced to mortgage their entire agrarian and real estate assets and in many cases managed to sustain the situation with great difficulty. But most of the agrarians only had land, houses and vineyards, which were not worth much at the time, and so many farms had to close. The second traumatic element was local, but it also represented a strong negative alteration of the status quo. With the construction of the Autostrada del Sole the great flows were diverted and the Cassia was reduced to a local transport axis.

Suddenly, no one passed through Montalcino any more. The town suddenly lost its relevance and this caused both the local market and the interest of the national market in Brunello and the products of the local countryside to collapse further. One significant fact unequivocally expresses the extent of the crisis that the village suffered: in little more than ten years, the municipality lost 70% of its population.

It took about twenty years to reorganise the production and commercial system, but then the recovery was rapid and decisive. Many investments came from outside and even the local producers were able to strengthen themselves thanks to a long vision and the opportunity to have a large, already developed product in their hands. In addition, between the 1980s and 1990s, large market spaces opened up, allowing Brunello to grow exponentially.
The success of Brunello today is there for all to see and is now recognised at a global level.

Watch and be inspired 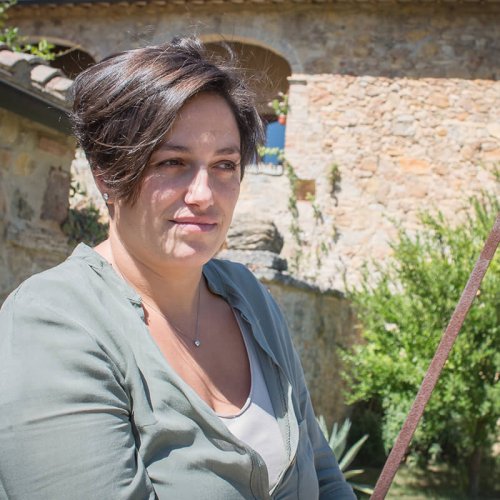 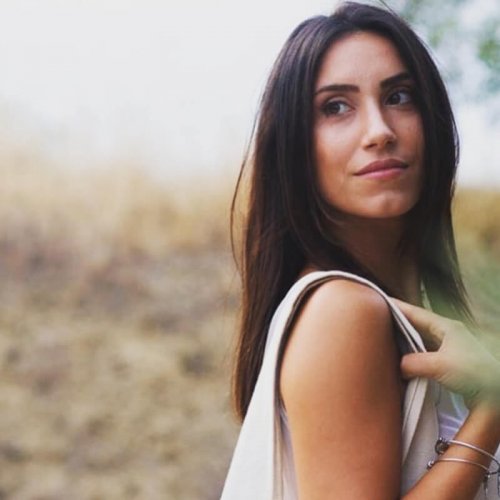 What it is and what its benefits are. Playing a sport and keeping fit is the best choice you can make for the...

Everything you should see. Siena is one of the most beautiful and well-known cities in Tuscany and, despite...

We and selected third parties use cookies or similar technologies for technical purposes and, with your consent, also for other purposes as specified in the cookie policy. If you close this banner by ticking or clicking on "Decline", only technical cookies will be used. If you want to select the cookies to be installed, click on "Customize". If you prefer, you can consent to the use of all cookies, including those other than technical, by clicking on "Accept all". You can change your choice at any time.