Contact us Book now
This elegant apartment (170 sq.mt) is on the 2nd floor, with elevator (it is necessary to climb a flight of stairs without elevator), in Palazzo Banchi. Located in the very heart of Bologna city centre, on the eastern side of Piazza Maggiore, it is placed right beside San Petronio Basilica and is named after the Medieval bank shops. The building dates back to 1412, whist the façade and the 'portico' were finished in 1568; in 2010 Palazzo Banchi was fully renovated, and it has been newly furnished in August 2014.

The focal point of the apartment are the precious Neo-classical frescoes embellishing both the day area and the master bedroom. The original flooring (Venetian terrazzo, ‘seminato’) has been maintained and polished, whilst in the bedrooms there is oak parquet. The many windows, preserving the XIX-century façade, offer breathtaking views of Piazza Maggiore.

The apartment has high-end finishes, such as air conditioning, independent heating, and sound-proofed, insulated windows and doors. The furniture is completed by some refined pieces of modern art and lithographs of famous Italian artists, that bestow an elegant, refined atmosphere to the ambience.
Immediately after the hall way there is the reception room: this is a precious room, with a marvelous trompe-l’œil painting decorating the ceilings, where the guests can relax around a 10-seater dining table. The separate kitchen, fully equipped and with both electric oven and dishwasher, has been custom-made. The proper living room, also showcasing impressive frescoed ceilings, offers two poufs and two single sofa beds, located across from the flat screen TV. Two French windows (4 meter high) open out onto the terrace, with views of Piazza Maggiore.

Area
The building is located right in Bologna city centre: Piazza Maggiore is the city’s main square and is surrounded by some of its most precious buildings. The oldest one is Palazzo Podestà, dating back to 1200 and dominated by the Arengo Tower; Palazzo Re Enzo, famous for its cross vaults, is right at the back.
Opposite Palazzo dei Banchi you find Palazzo d'Accursio, a monumental architectonical complex dating back to the XIV century home to Bologna town hall. On the fourth side of the square there is San Petronio Basilica, a brilliant example of Italian gothic, started at the end of the XIV century and never completed. Palazzo Banchi is connected to the most important ‘portico’ in Italy – known as Pavaglione– developing from Piazza Maggiore to Palazzo dell'Archiginnasio, that first hosted Bologna university.
Nowadays the university is located at approx. 5 minutes on foot from the building, in via Zamboni; in the vicinity you also find the Teatro Comunale, largely renowned for the opera season.

The most important historic sights of Bologna are just minutes away, such as Piazza Santo Stefano (with seven churches built one into the other and the Corte Isolani) and the Two Towers (Torre degli Asinelli and Torre della Garisenda). The ‘portico’ of Palazzo dei Banchi is one of the fourth sides of the ‘Quadrilatero’: a complex of pedestrian streets filled with mouthwatering shops offering the best products of the area (hand-made pasta, sausages, wine) and fresh groceries.
And if you miss shopping, enjoy a spree around via Indipendenza, the boutiques of Galleria Cavour and the refined shops of via Farini and via d'Azeglio.

Public transports
The closet bus stop is located in via Rizzoli and allows to quickly reach the railway station (take here the shuttle bus to the airport), to Bologna fair and the main hospitals. All the major sights in Bologna are within walking distance.

Parking
The apartment is located in a Limited Traffic Area (ZTL). On Saturdays and Sundays the city centre is a pedestrian area.
You can park in the nearby Piazza Galvani, accessed from via Farini, or you can leave your car in Piazza VIII Agosto, at 5 minutes on foot from Piazza Maggiore. 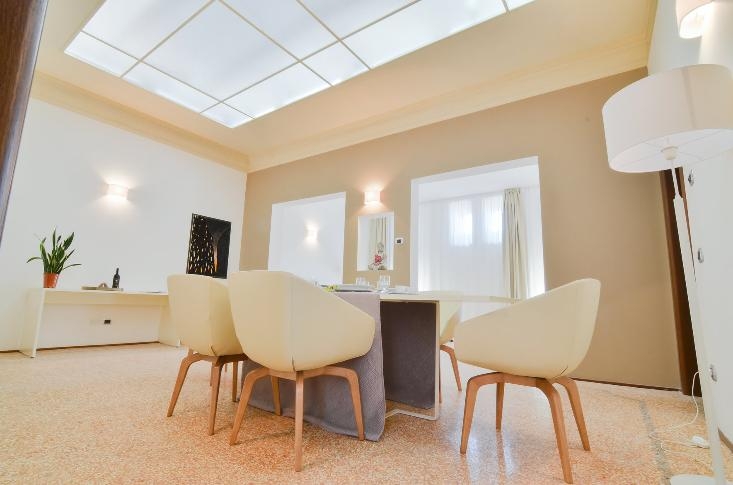 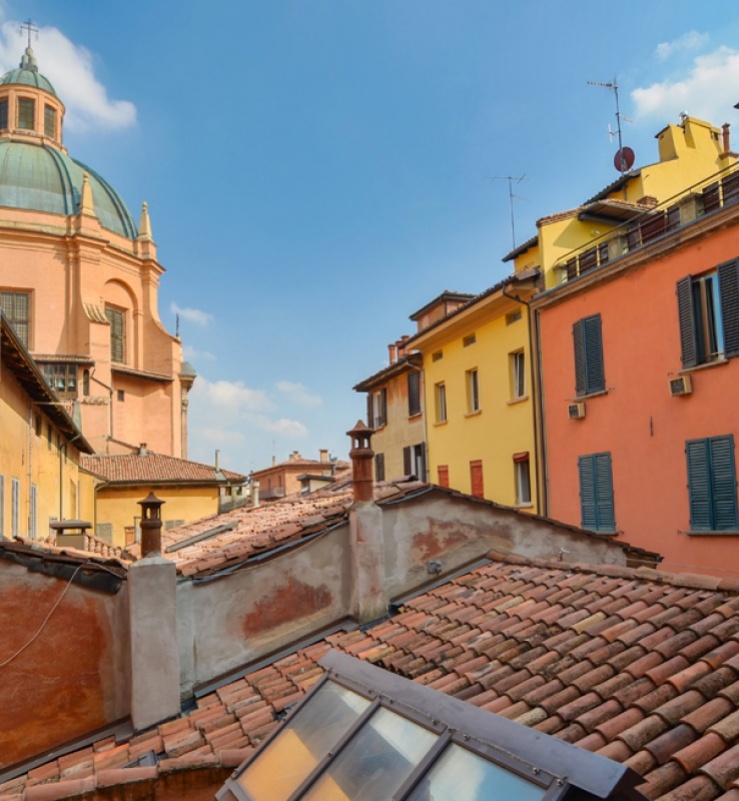 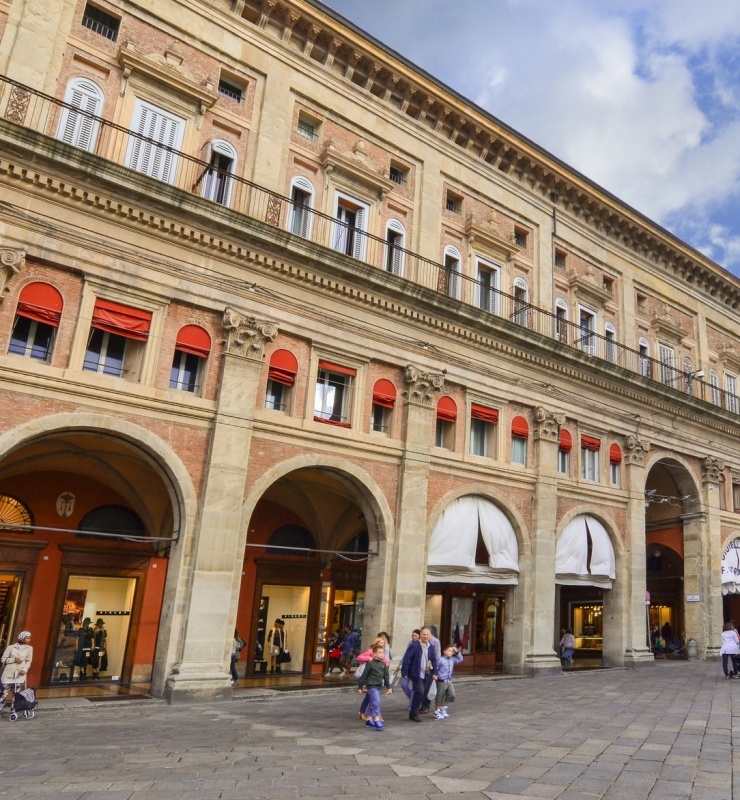 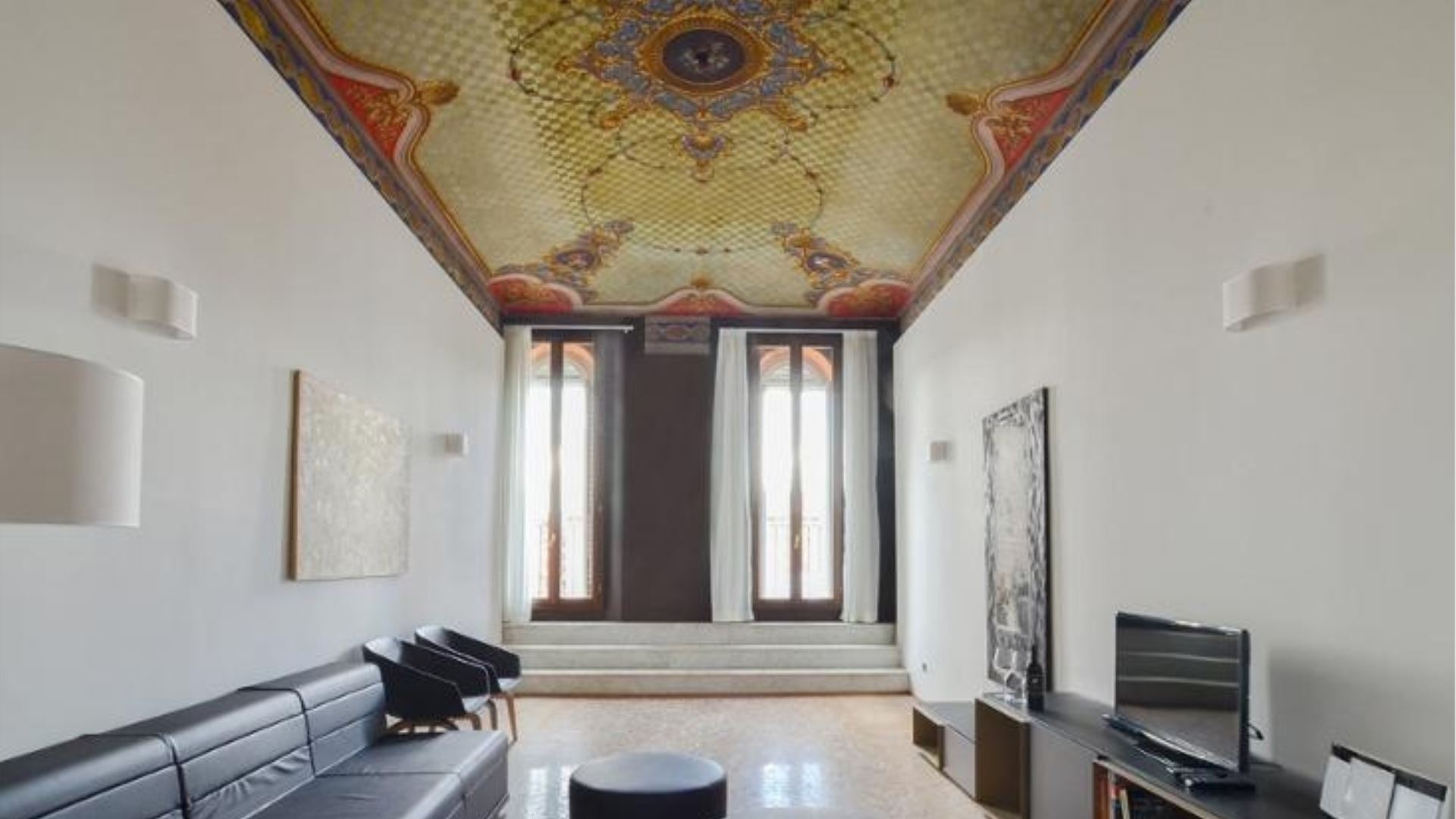